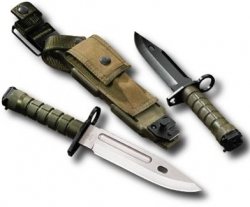 Despite confusion surrounding the true definition of tactical knives, their popularity has surpassed military use and is now mainstream. Due to their popularity many companies now offer a wide selection of knives under the term. Many boot knives, straight knives and folding pocket knives bare the moniker to increase a companies knife sales.

The tactical knife was originally a military knife. They were required and standard issue for every solider in World War Two and made famous by the more sought after Navy SEALs black blade version. “Tack” knives are for use as a last resort during a soldiers combat and were originally made tough enough to hold up against any foe a soldier might encounter. They were also discovered to be handy in day to day survival for the soldier and were used for anything from cutting branches to laying traps. 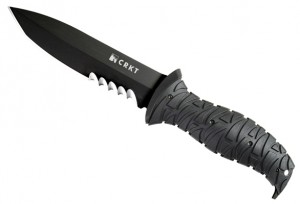 In an attempt to make the tactical knife even more versatile later versions of the knife have a serrated section of blade used for sawing through many materials that the foot soldier might find of use. Many so called “survival knives” are based on the original tactical knife.

The history of the tried and true tactical knife has proven it’s durability. As a result special military forces, as well as police and swat teams all use versions of this combat knife. Specialty knives made for every thing from throwing to sawing are used in the everyday life of the trained specialist.

So why does a common civilian need a tactical knife?

As generations of military buffs and knife collectors alike have already discovered, the tactical knife is one of the most reliable and versatile tools one can own. They are a camping staple and a handy tool for home and garden projects of all kinds. Most importantly, they are known as one of the most trusted knives for self defense and protection. Many versions of tactical knives are available to fit specific needs.