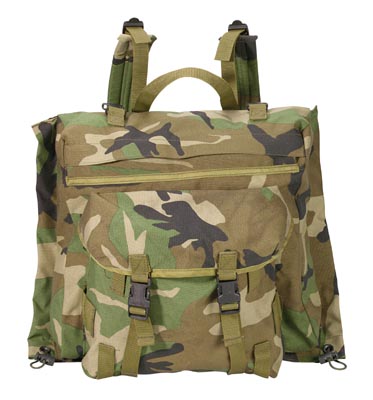 The CFP-90 Patrol Backpack is the smaller pack of the Combat Field Pack M-1990(CFP-90) system.  It was designed to carry a ‘patrol’ load of equipment.  Mainly ammunition and water.  Basically just the equipment for a day long mission.  While rugged, it has a pretty low load carrying capacity.  For extended missions, the CFP-90 patrol pack can be attached to the main pack, adding to the overall carry capacity, and providing an easily detachable pack for critical equipment.