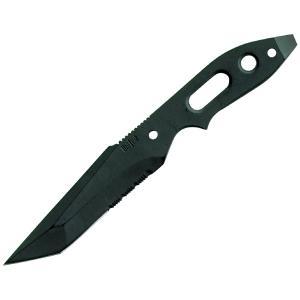 Why Choose a Tactical Knife?

The main reason is for working outdoors. A soldier stationed in a jungle or wooded area would need a tactical knife to do things such as cutting branches, cutting through or trimming brush. The knife can also be used to hunt for food, and of course to protect oneself. The tactical knife can be used in any of these situations.

Perhaps you are not the outdoors type person hunting in the woods. A tactical knife is still a good thing to have if you for instance live on a farm. You could be someone who makes their living working outside. The tactical knife is great for completing simple chores such as cutting wires, ropes, or lines.

There are a variety of different tactical knives available and different models for people to choose from. When looking for a tactical make sure you are getting a good quality knife. Look for a good steel blade, and all the safety standards you feel you will need with your tactical knife. If you choose a knife which folds make the sure the knife has a very good locking mechanism. If you choose one which is non-folding, you will need to get a good holster to keep your knife in.